Last week we took the campaign on the road, all the way to Canberra to the big house on the hill, where we asked all our federal politicians across all parties to support our campaign to end ageism. 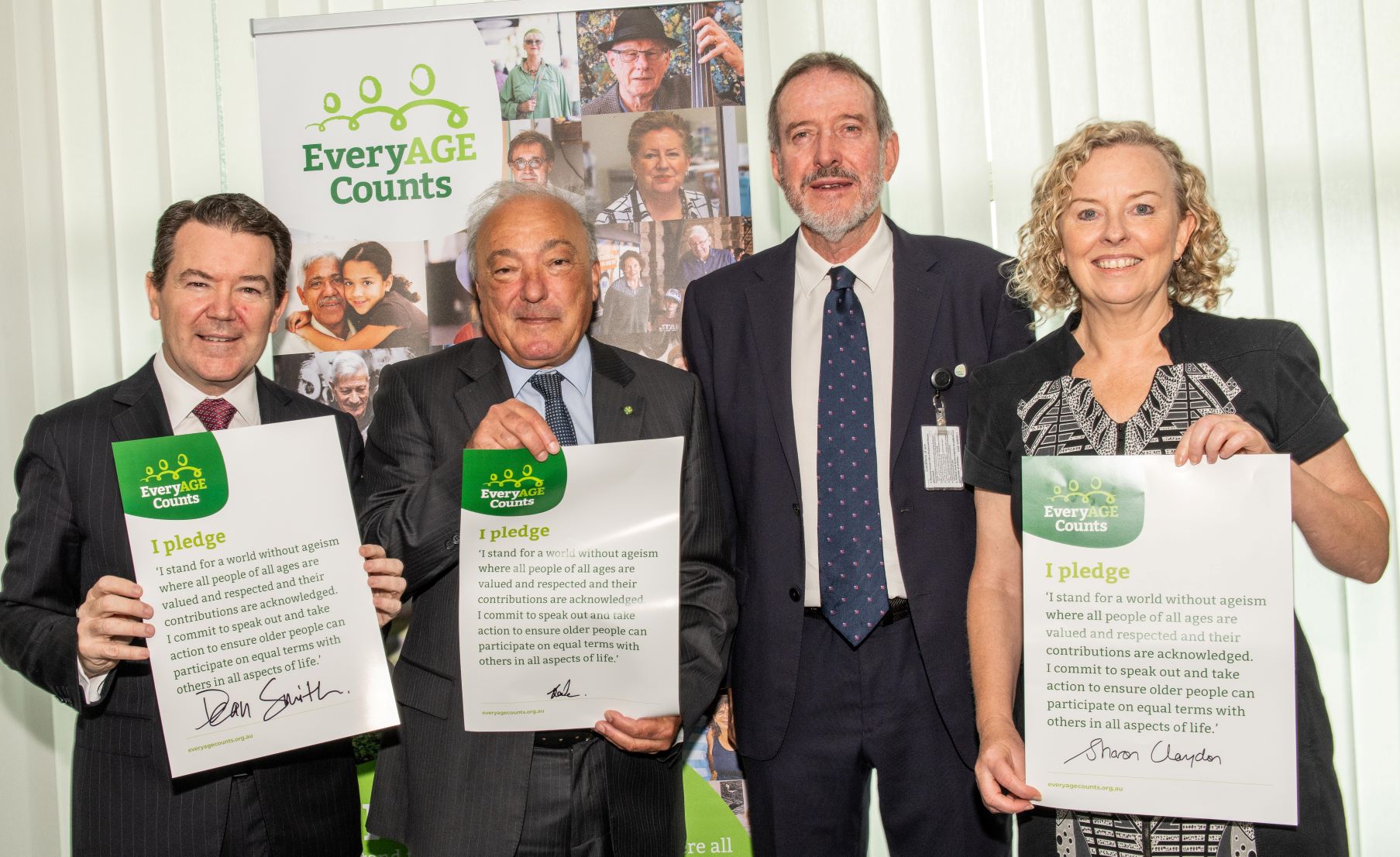 Ageism is an issue affecting us all, regardless of our background or political views.  So we were glad to have the event hosted by the cross-party Parliamentary Friends of Ageing and Aged Care group, jointly co-convened by Senator Dean Smith (Liberal WA) and Julie Collins MP (ALP, Tasmania).  Minister for Senior Australians and Aged Care, The Hon Ken Wyatt, MP was a guest speaker, alongside our own campaign Co-chair, Robert Tickner, himself a former MP and Minister. 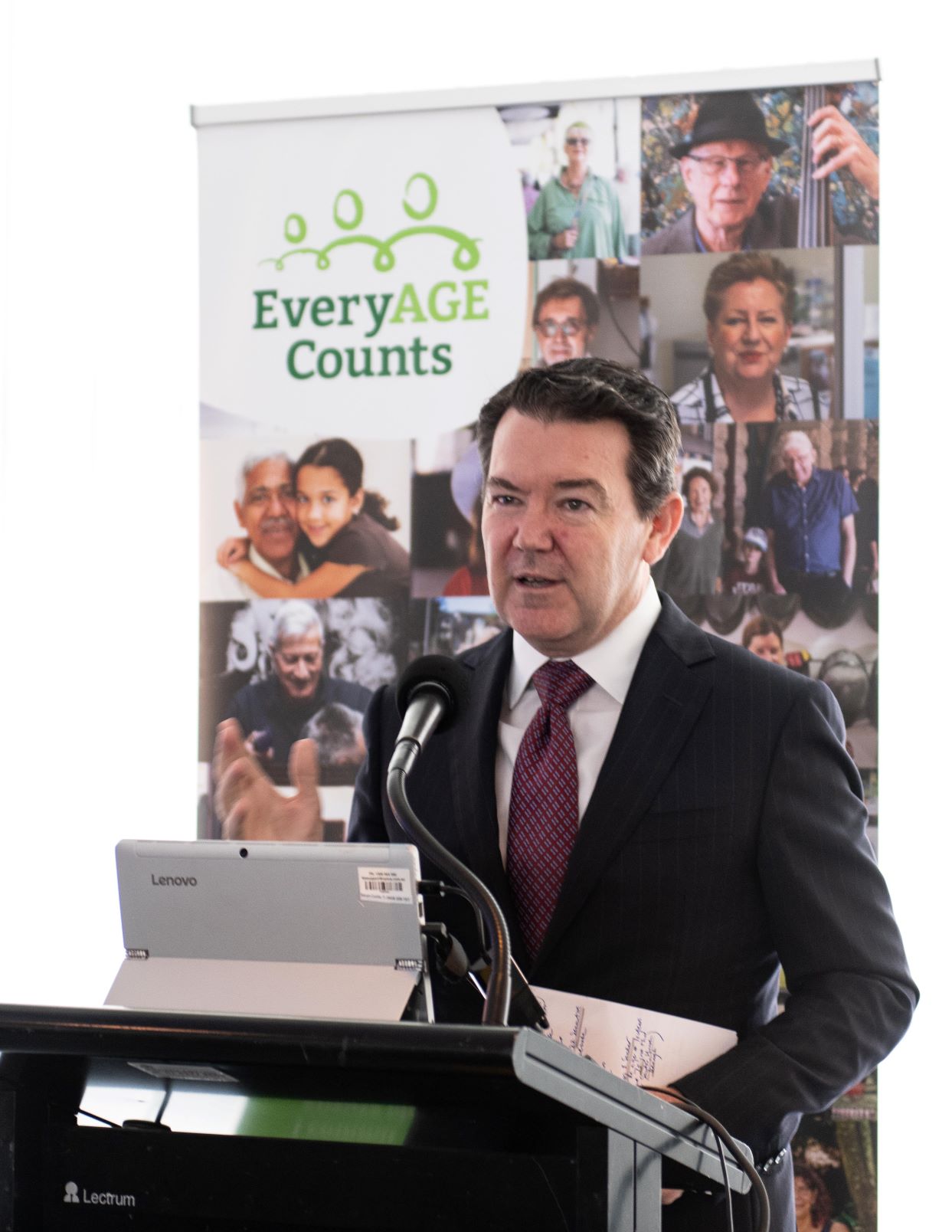 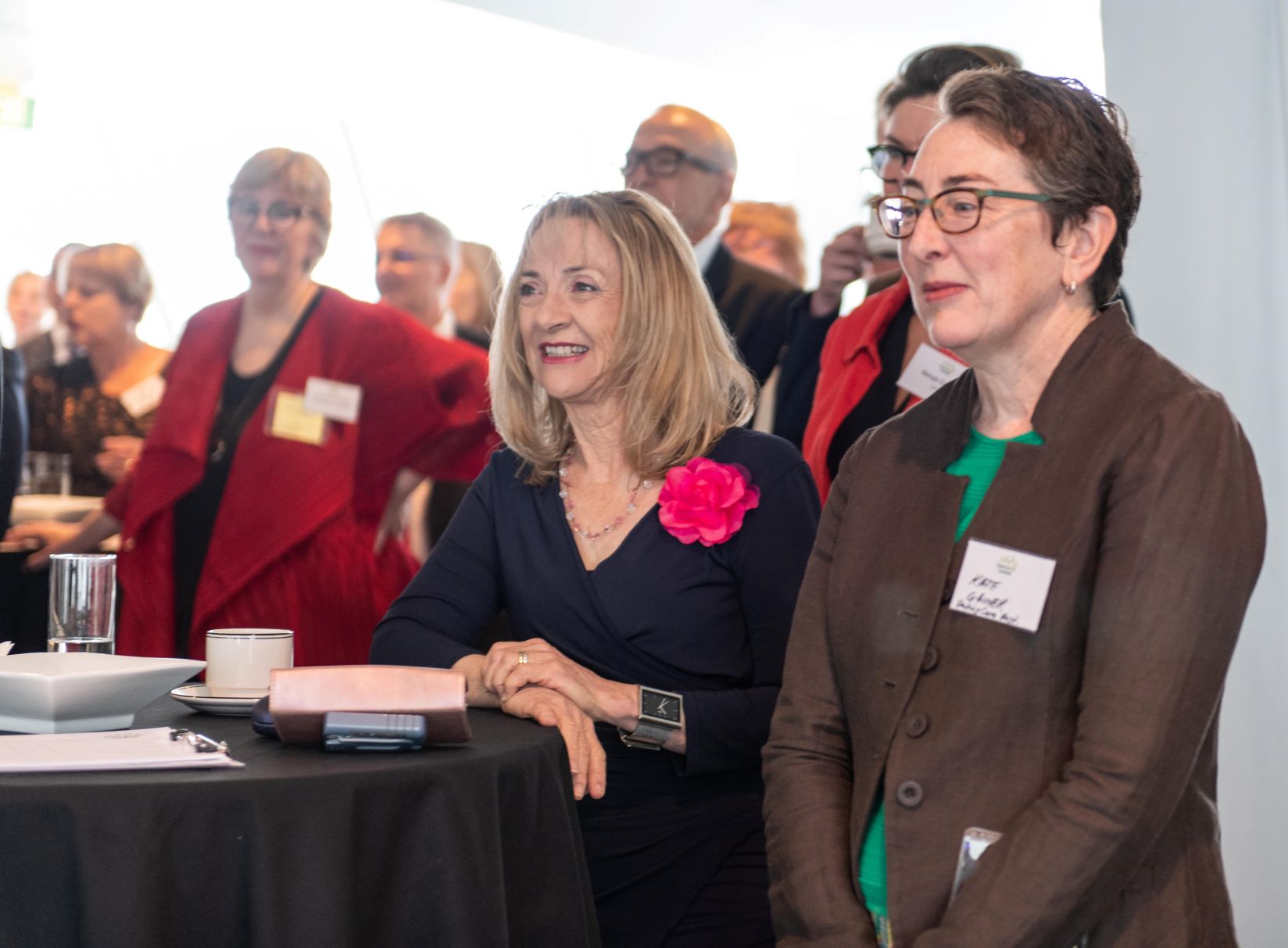 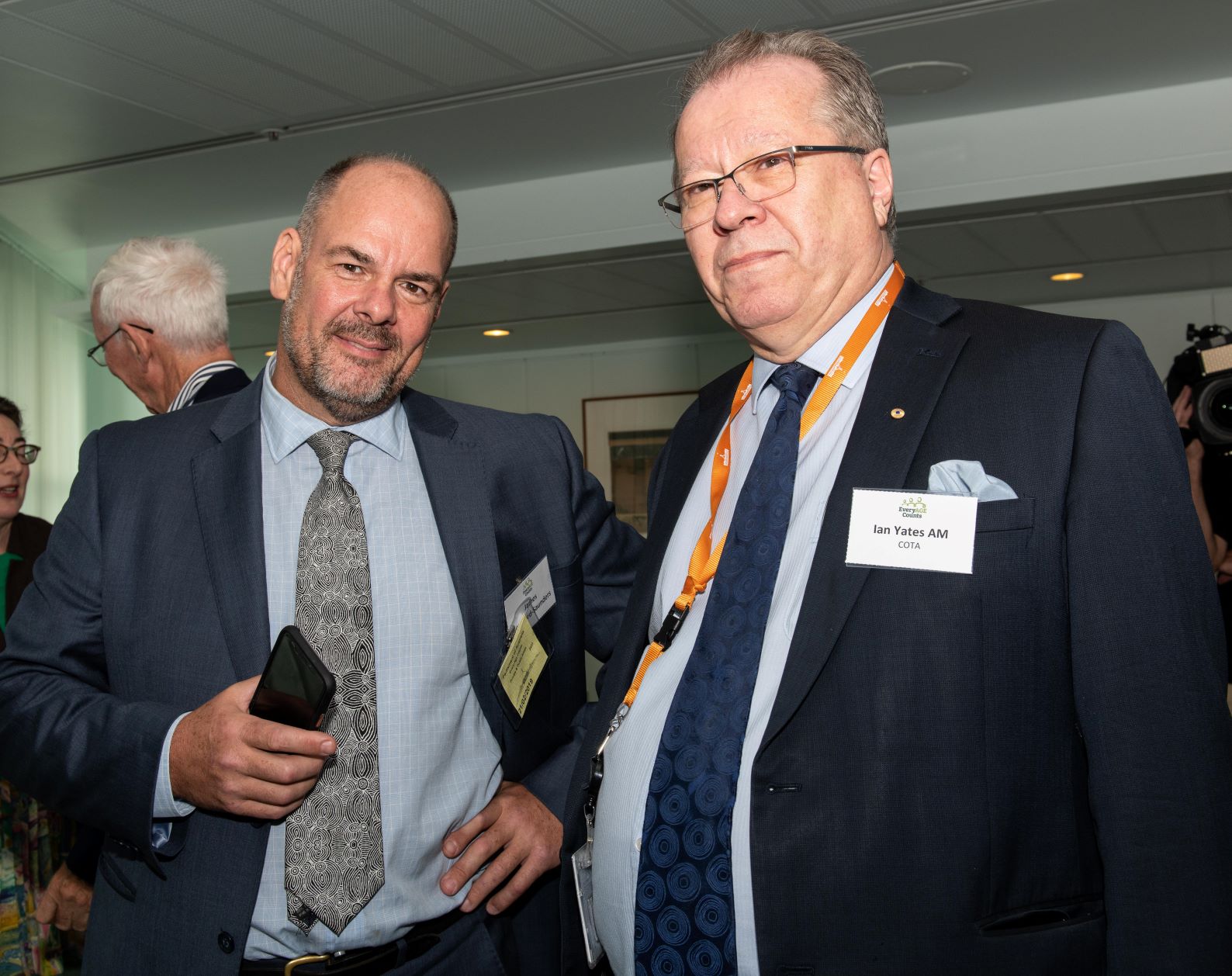 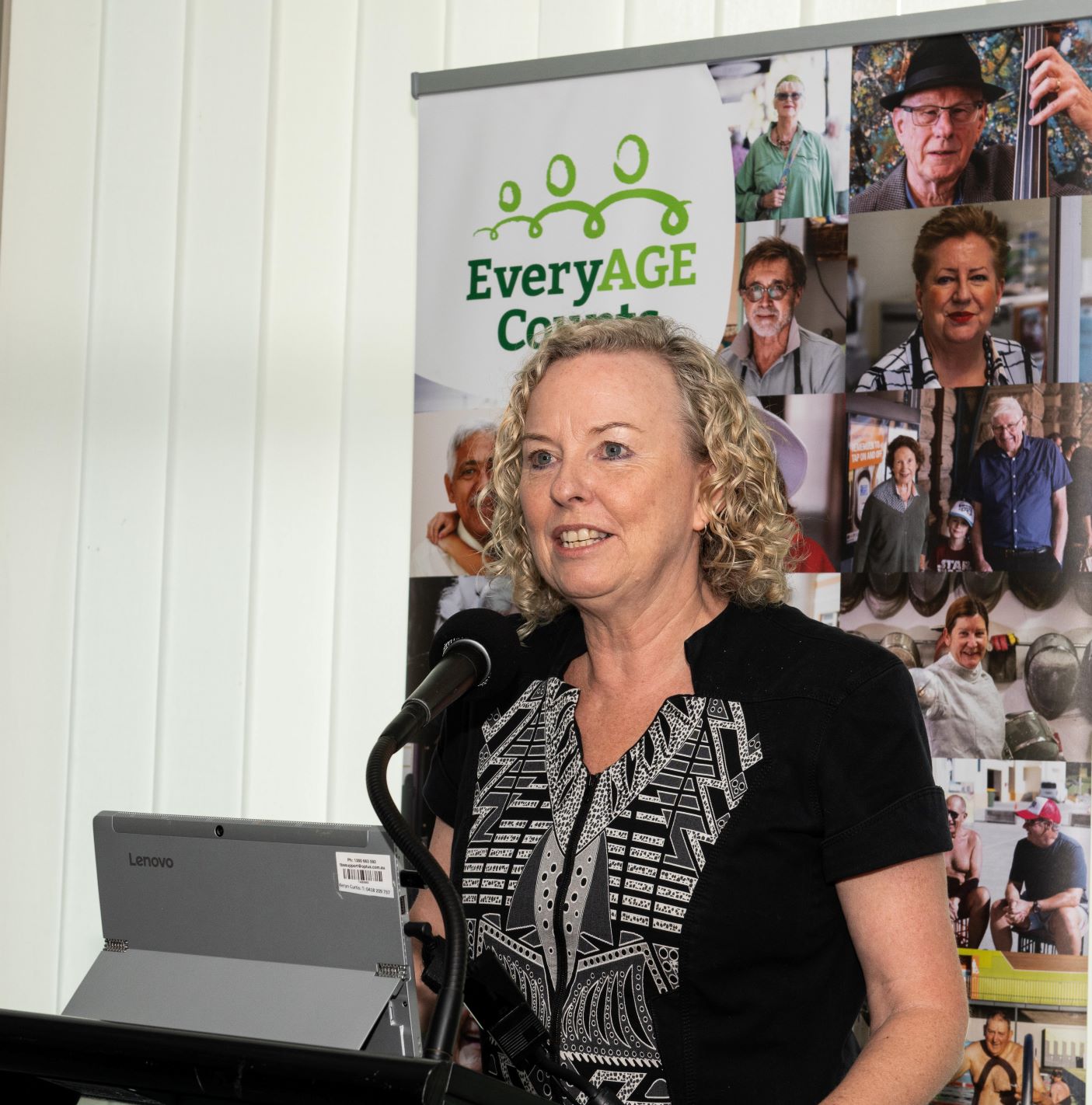 It was always going to be a challenge, being the last parliamentary sitting day before the budget.  We knew that.  And alas, an hour before the start, Julie Collins was called away. That was disappointing but it was still OK – she sent her colleague, Sharon Claydon MP, the Member for Newcastle (NSW) in her place.  We had just kicked off with some welcomes to the assembled guests when the next challenge presented itself.  The green lights lit up and the bells rang, signaling a ‘division’ in the House of Representatives and requiring the immediate presence of all MPs for a vote. Poor Sharon Claydon took to the microphone and managed a few wonderful words before racing off.

Despite the immediate evacuation of all the MPs in the room, the Senators were safe and we were able to press ahead with Senator Smith and Robert Tickner presiding. Both gave cracker speeches – with Senator Smith urging everyone to take the Am I Ageist quiz – something he said he and his staff found particularly illuminating. Sharon Claydon came straight back after the vote, together with some of her colleagues. 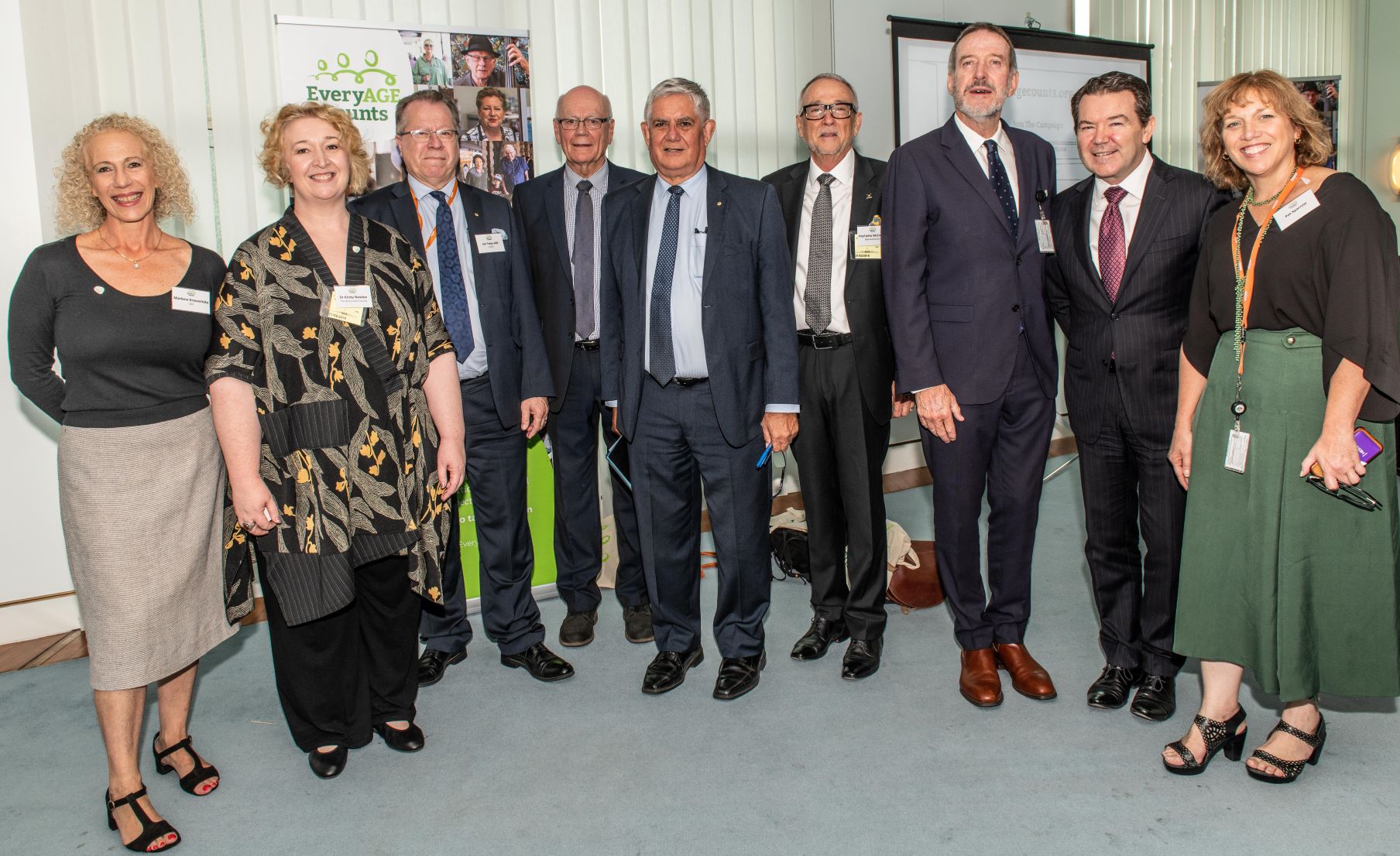 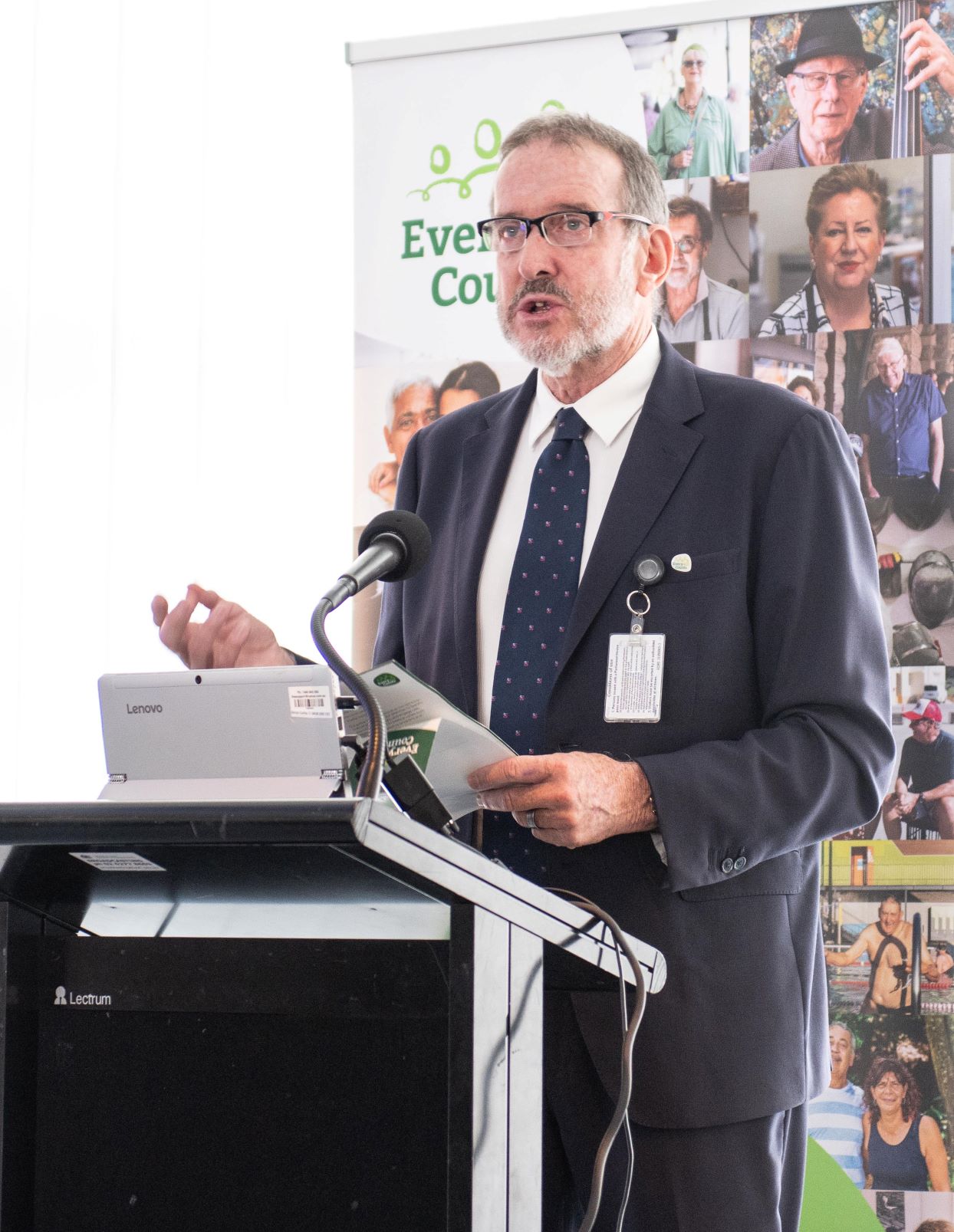 Robert Tickner said addressing ageism – especially in the workforce – is an issue for all Australians, irrespective of political backgrounds.

“Every Australian has the right to participate equally in our communities, to be valued and heard at every age.   The very challenging goal of the EveryAGE Counts campaign is to shift destructive and deeply entrenched social norms that are currently limiting and preventing this equal participation,” said Mr Tickner.

“If we want current and future generations to have the chance to age well – and our whole society to benefit from the full participation of all its citizens, including older people - it is essential that we adequately address the issue of ageism now.” 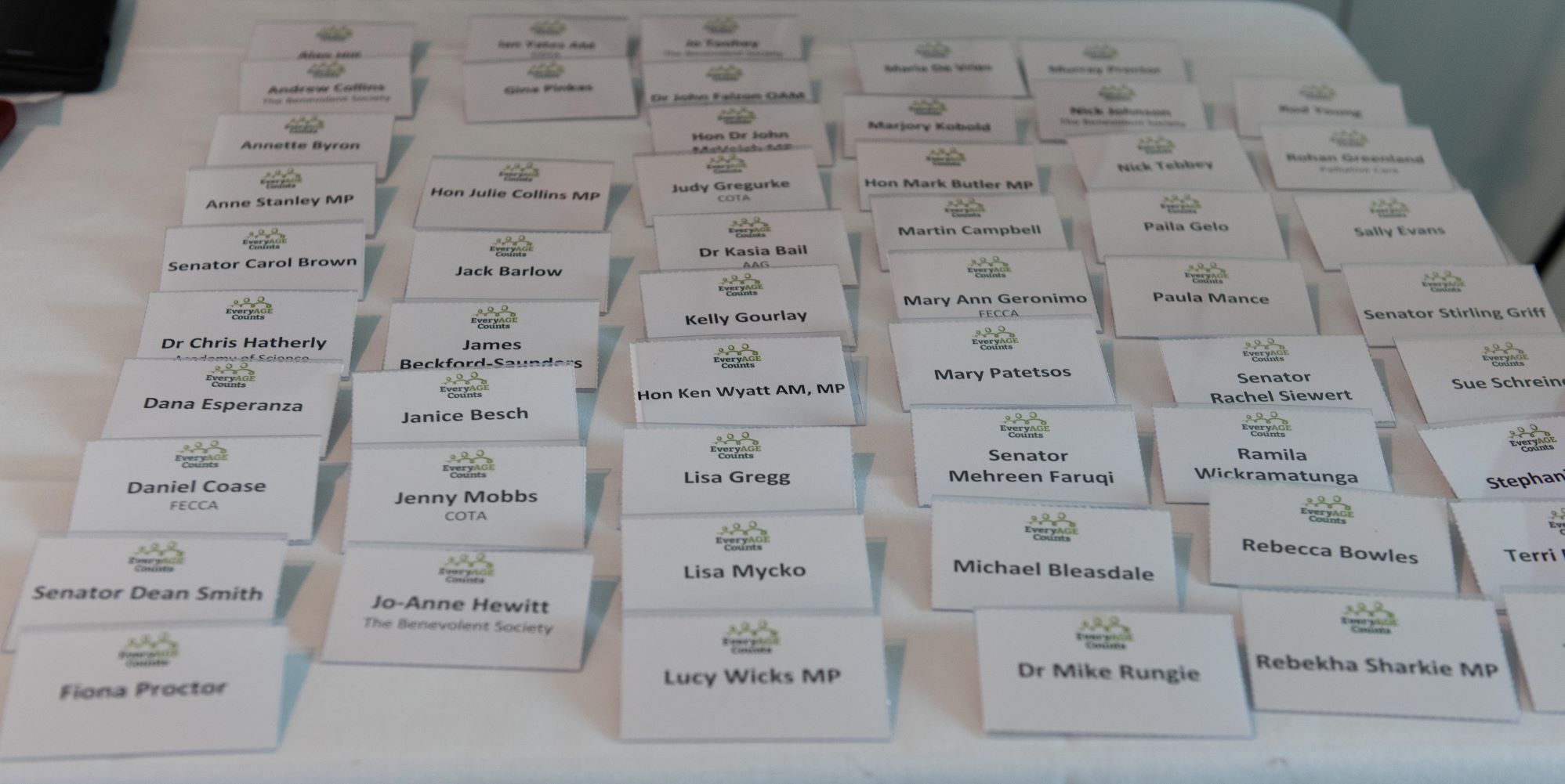 Minister Wyatt returned to the pledge event, apologising for his absence to ‘do Native Title legislation’ and was just in time to catch the last of the event and have his say.

The Minister for Senior Australians and Aged Care and commended the campaign for its important work.  He also foreshadowed an upcoming speech he will be giving at the National Press Club in Canberra.

“To make the most of our longer lives, we must build a culture of inclusion and respect for older Australians,” said Minister Wyatt.

“Ageing is an opportunity that all generations must embrace, so our Elders and communities are healthy, safe, connected and productive and older Australians can realise their full potential.”

“I’ll be giving an address at the Press Club in the near future on this same issue – what I want to talk about is the equality of every Australian and the opportunity to have intergenerational connection so there is not a separation between young and old,” he said.

Robert called on all Parliamentarians to unite in a commitment to end ageism by taking the EveryAGE Counts campaign pledge:

"I stand for a world without ageism where all people of all ages are valued and respected and their contributions are acknowledged. I commit to speak out and take action to ensure older people can participate on equal terms with others in all aspects of life."

How can you help?

Find out if your local MP has taken the pledge.  And if they haven’t, show them where they can do it:

Find out about and take the pledge here to end ageism