We made ageism a thing!

We made ageism a thing! 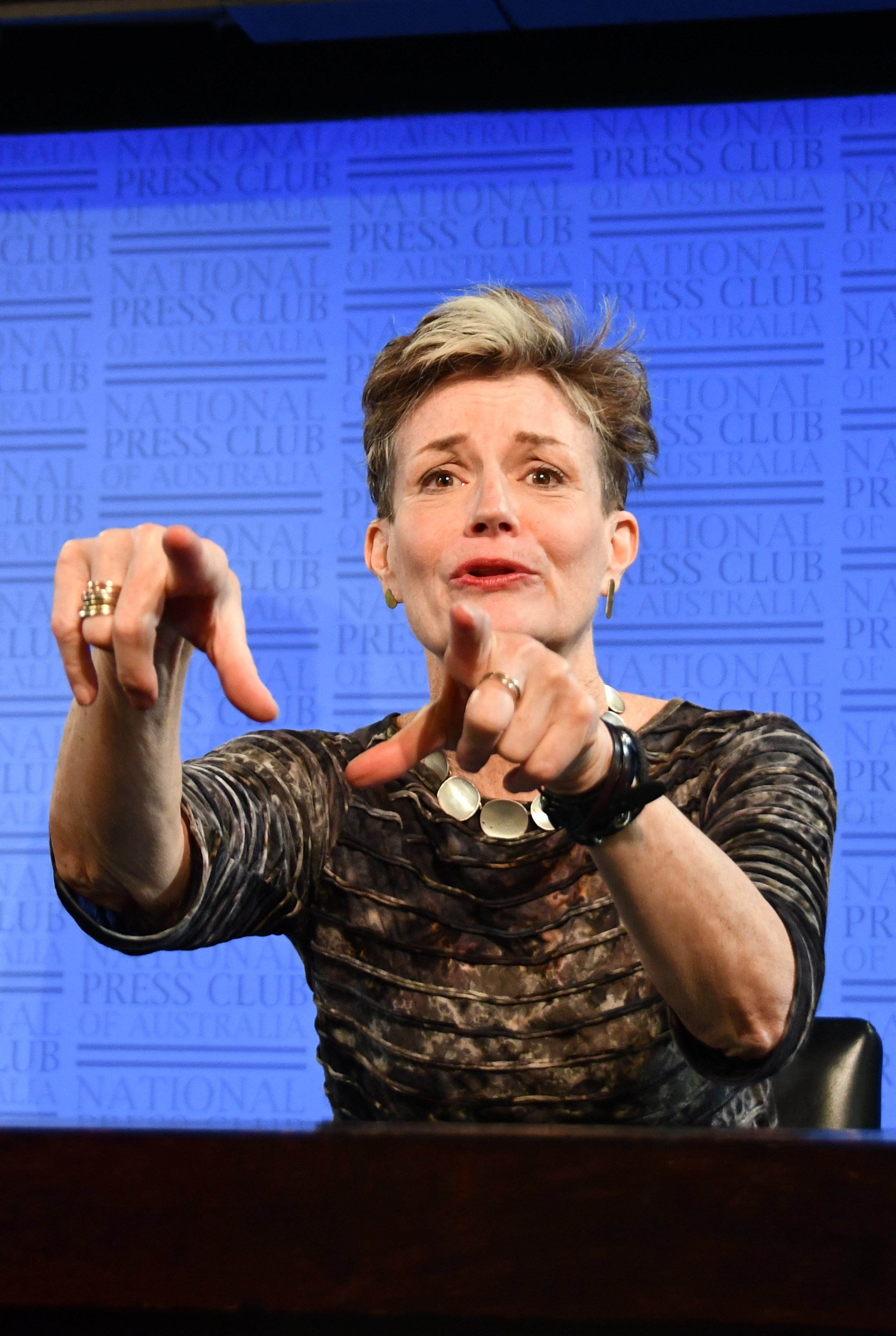 The EveryAGE Counts campaign has been nothing if not ambitious in its mission to shift negative social norms about ageing and older people and put an end to ageism in Australia.  We had high aspirations for our national speaker tour last month with US author and anti-ageism activist, Ashton Applewhite and we weren't disappointed.  In fact, we think November 2019 will be remembered as a pivotal tipping point in Australia’s consciousness of the issue of ageism.

Making history
In three weeks, in a number of crucial ways and a variety of places – in boardrooms and conference auditoriums; in business breakfasts and at stakeholder dinners; in council offices, houses of parliament and universities; across the media; and around our kitchen tables – hundreds of thousands of Australians were awakened to the idea that prejudice on the basis of age is indeed a thing; and as unacceptable as prejudice on the basis of gender, race or any other attribute we cannot change. 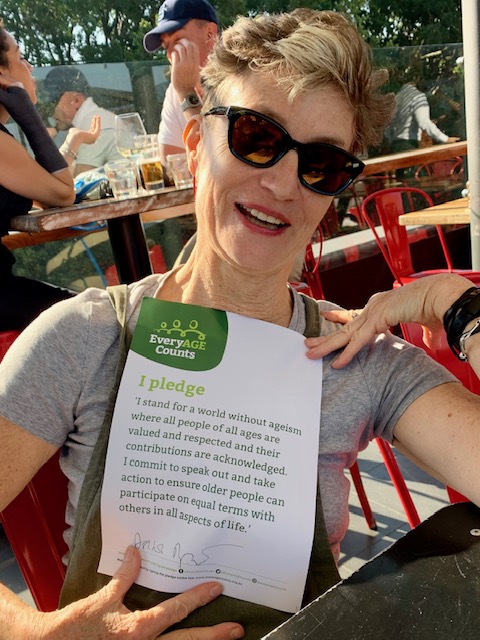 For many, it was the first time.  As we knew from our research, awareness was relatively low and the first task for the campaign was to raise awareness of ageism itself, not casually, but as a critical issue to be addressed for the future health, well-being and prosperity of all Australians. Having a compelling and articulate speaker like Ashton Applewhite made this task much easier to achieve.

"We think November 2019 will be remembered as a pivotal tipping point in Australia’s consciousness of the issue of ageism." 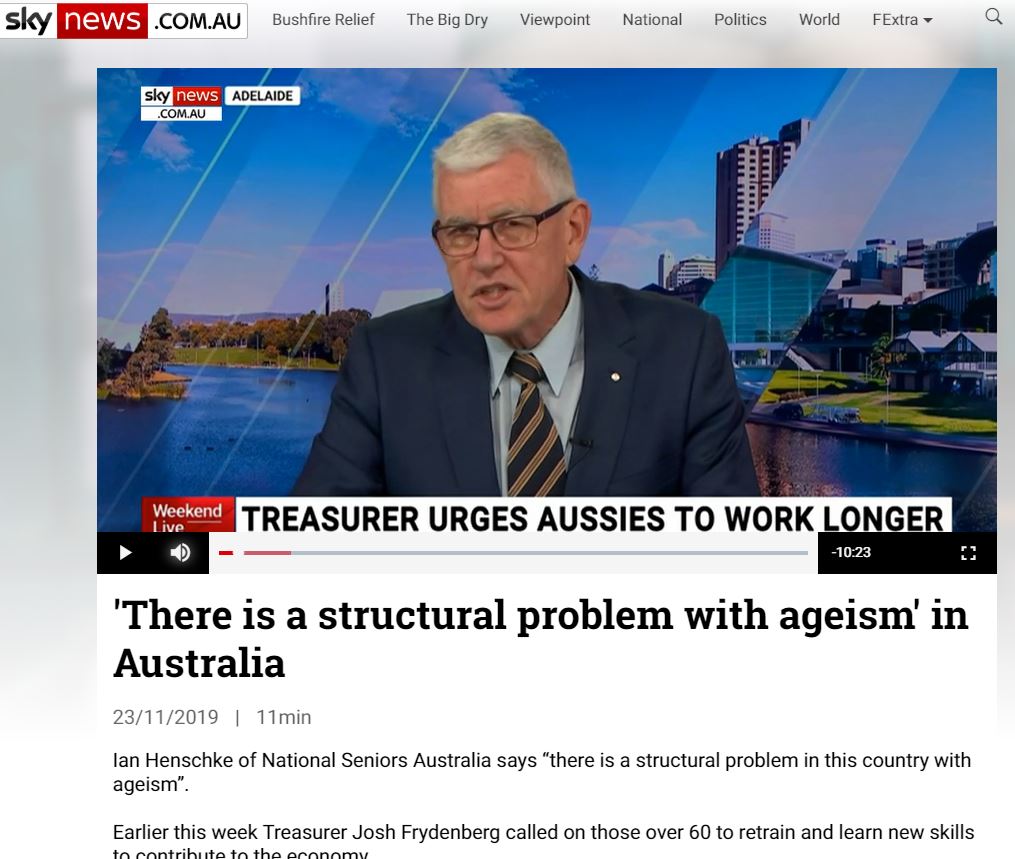 It was a tough schedule for Ashton - five states plus the ACT across the three weeks - but she was a real trooper! There were six major public events in the tour and 18 smaller, bespoke events with key partners and special interest audiences. And let's not forget 12 media interviews and appearances, including ABC Television’s QandA program and the National Press Club televised national address, both in the first week!  In all, over 2,600 people saw Ashton speak in person at one of these events.

Meanwhile, our media reporting agency tells us we had a potential media reach of 104 million people across print, online, radio and television over the 3-week period (including syndications).   The campaign was also referred to in multiple other media settings, partly amplified by National Seniors Chief Advocate, Ian Henschke. The term ‘ageism’ appeared frequently in headlines and media questioning around the CEDA speech given by Treasurer, Josh Frydenberg on meeting the ‘economic challenges posed by an ageing population’.

We are all exhausted but delighted with the impact we have had and the support we have gained. We had thousands of new visitors to our website and so many amazing organisations and individuals wanting to be part of the campaign. We welcome you all and more.  As we wind down for a couple of weeks over the festive season, we have hopes and expectations that 2020 will see us achieve even greater successes.  Many thanks to our two primary sponsors – The Benevolent Society and the JO & JR Wicking Foundation - for their extremely generous support and to all our wonderful supporters. See you in 2020, with bells on!