Royal Commission must address ageism or it will be tinkering

Royal Commission must address ageism or it will be tinkering

EveryAGE Counts has called on the Royal Commission to explicitly acknowledge and address ageism in a process of redesign of the aged care system.  Failing to do so, we believe, will be largely ‘tinkering at the edges but leaving the foundations in place’.

“In so doing, the ongoing impact of ageism will continue to sabotage improvements and change in aged care and undermine quality of life for older Australians,” we have told the Commissioners. 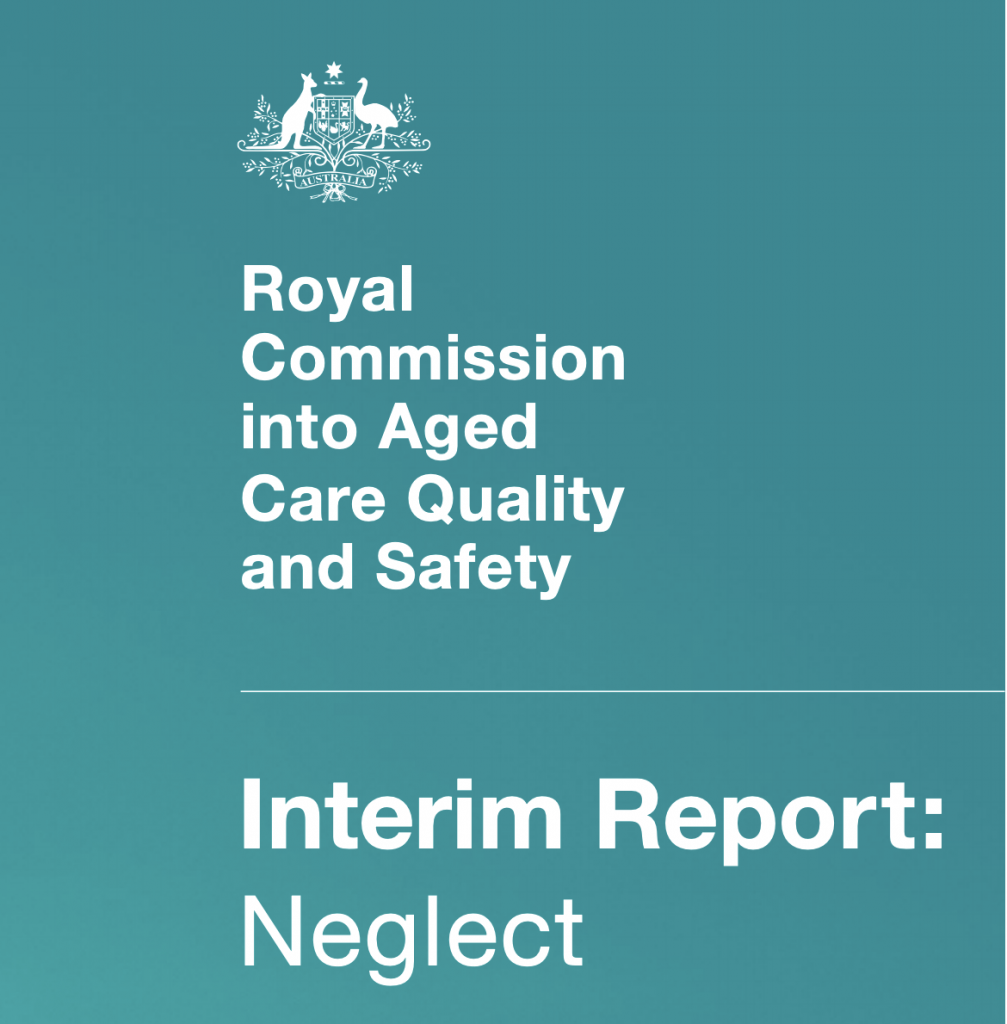 News from the Royal Commission into Aged Care Quality and Safety was a regular headline topic through 2019 and will continue to capture public interest as the Commission works toward its final report due on 12 November 2020.

The Aged Care Royal Commission, as it is often described, was set up in response to several high-profile cases of abuse and neglect in aged care facilities. The commission was tasked with looking into the current state of aged care services, and with finding ways to improve service delivery.

EAC believes ageism plays a huge role in the delivery of aged care. We contend that the proliferation of negative social views about ageing and older people are inevitably carried into aged care by the workforce, family members, decision makers and older people themselves, reflecting values and attitudes in the broader Australian community.

Ageism underpins and inevitably enables and leads to neglect and abuse; and diminishes the quality of life of people using aged care services. Our submission to the Royal Commission argues that ageism is a key driver of failures in safety, quality of care and quality of life within the Australian aged care system and proposes a series of recommendations to directly challenge ageism and mitigate the impact of ageist norms in aged care.

Sue McGrath took the reins in preparing our original submission, bringing together the experience and insights of members across the coalition. There was a lot of work to be done because so little research and scholarship had been done in this area.

“Establishing how ageism plays out in aged care meant breaking some new ground. There was work done and literature available on ageism in health care and employment, but much less commentary and research on ageism in aged care,” says Sue McGrath. 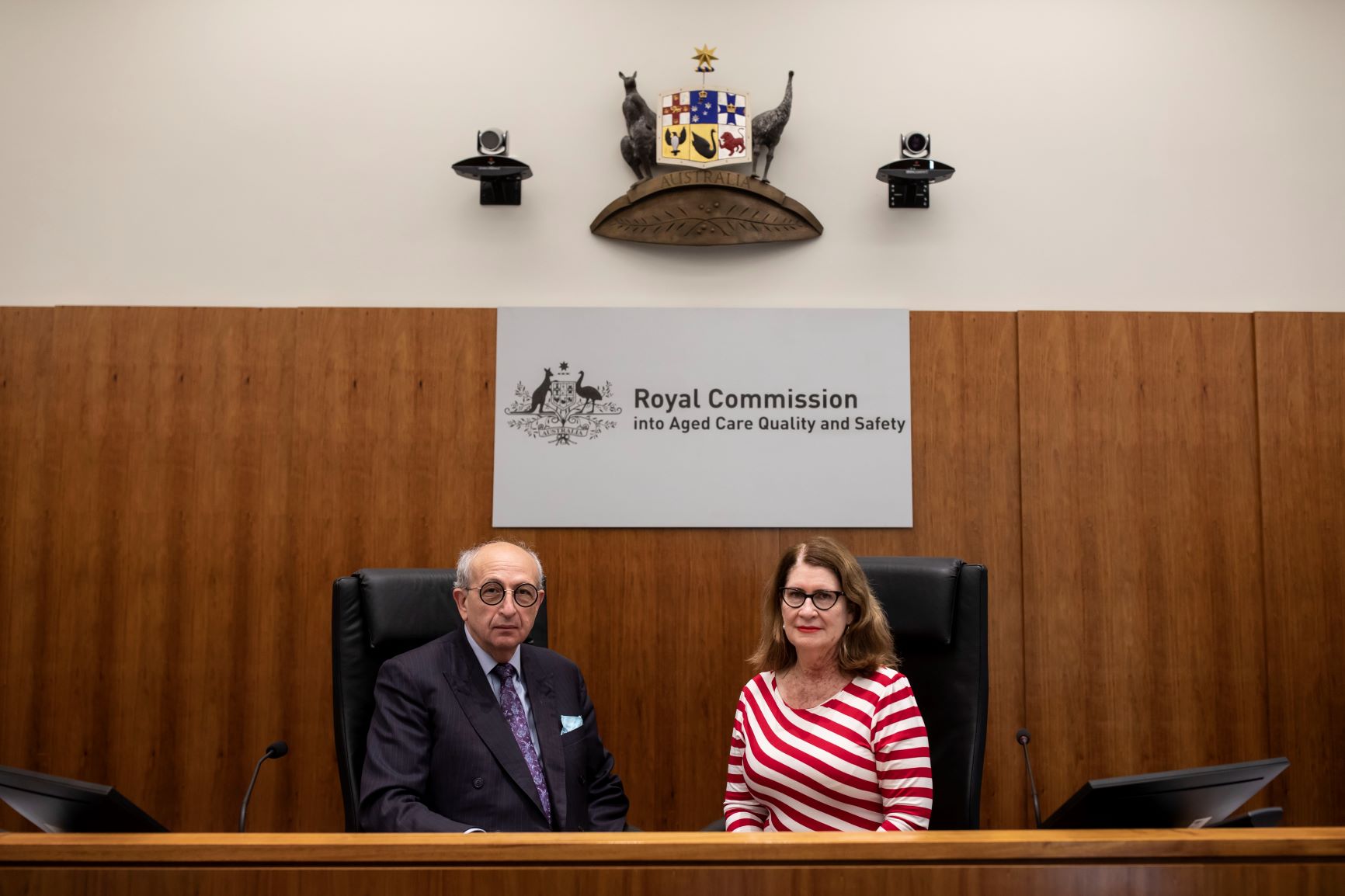 EAC’s submission to the Royal Commission argues that ageism influences the very structure of aged care services in Australia, the funding model and how aged care is delivered on the ground.

Our submission highlights the ageist attitudes that negatively affect aged care services. These include stigmatising and segregating older people with impairment or frailty. Other attitudes include the idea that older people are an economic and social burden.

Our submission also highlights the lack of awareness of how ageism impacts aged care.

We argue the aged care system needs a human rights approach to service design and delivery and needs better safeguards against neglect and elder abuse.

Our recommendations for positive change

We believe that, as a nation, we need to transform our aged care industry from the bottom up. This would mean involving older people in the design of aged care services.

By ‘codesigning’ in this way, services would prioritise quality of life and better meet older people’s needs. Codesign would also involve other members of the community, such as families, government and service providers.

Because ageism is prevalent right across society, it inevitably affects the aged care system as well. In our submission, we outlined a package of recommendations to improve aged care services by addressing ageism in the system. Our recommendations look to change the attitudes, common behaviours and social norms that negatively affect older people in aged care.

Other recommendations include addressing both benevolent and malevolent forms of ageism in aged care. Malevolent ageism includes abuse, neglect and physical and sexual assault.  This form of ageism is well recognised and while it generally constitutes criminal behaviour, sadly it is not always viewed as such.

However, less well recognised and understood is ‘benevolent ageism’. This can occur when people mean well but rob an older person of their agency and adult status through over-protection or unwanted ‘help’. Benevolent ageism can include speaking to an older person in childish language or tone of voice or discouraging them from trying new things.  We need to raise awareness with the public, families and service providers to understand and prevent benevolent ageism as well.

EAC also recommends more research into the contributions that older people have made and continue to make to economic and social life, which could help dispel the narratives that describe older people as a burden.

Next steps in improving aged care

The Royal Commission’s interim report indicates that our messages are being heard.

“As a nation, Australia has drifted into an ageist mindset that undervalues older people and limits their possibilities,” the interim report states.

“Sadly, this failure to properly value and engage with older people as equal partners in our future has extended to our apparent indifference towards aged care services.”

Despite this small victory, the interim report provides little detail as to what needs to be done to address ageism in aged care.

While there is still a lot of work to be done, at EAC we feel positive that our messages will be heard. Once we convince people that we need to address ageism, we will begin to see positive change in our aged care services.

You can read both: