The Hon Dr Kay Patterson AO, Age Discrimination Commissioner and former Australian Senator, is a member of the EveryAGE Counts coalition. She spoke to us about why she's involved in the campaign to address ageism.

Old age is a moving feast. Young people think “old” is turning 59, but Baby Boomers believe it starts at 73. Harsher living conditions endured by our forebears made them frail in what we would now consider middle age.

“Many younger people don't get exposed to as many older people as they might have done 30 years ago,” says Dr Patterson.

“But they see their parents deciding to move, to travel overseas, keeping their jobs, looking after grandchildren and they see them as active. And I think that it's much longer before people are seen as frail and older than it used to be when I was young.”

Patterson points to The Centenarian Portrait Project by Teenagers as an example of creating a deeper understanding by bringing generations together. 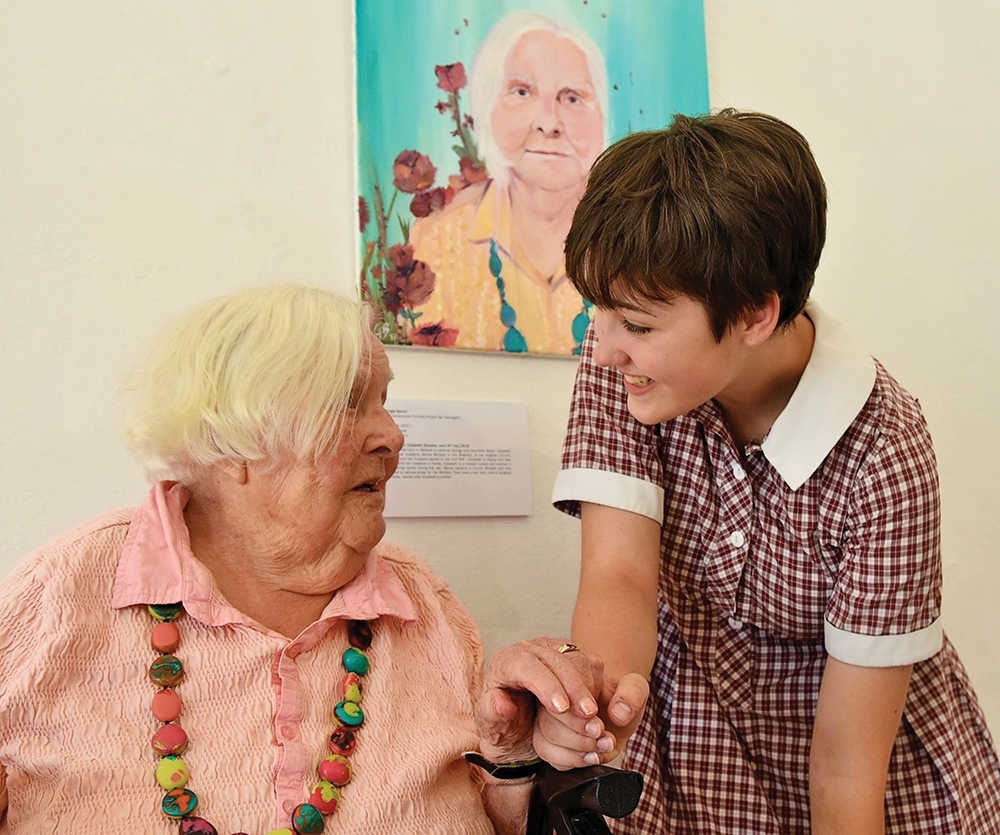 This project matches emerging teen artists with 100 of our oldest residents to create portraits over a series of sittings. One of the young artists told Patterson that the experience of getting to know her portrait subject had changed her forever.

“Their portraits are actually beautiful and I think one of the things we need to do is to look at multi-generational workplace projects that get younger people involved with older people,” says Dr Patterson.

She is now working with the Australian Human Resources Institute to introduce programs to combat ageism in the workplace.

Dr Patterson says the loneliest people in society tend to be aged 18 to 29 at one end of the spectrum, and people aged 65 and older. Getting these two groups together can address social isolation and promote mutual understanding.

Intergenerational events also help young people prepare for the possibility of a 100-year life. Young people are going to be old for much longer than their parents were.

“Many of these young people in their 20s will be looking towards life expectancy into their 90s,” says Dr Patterson. Not only do they need to plan their finances and careers, they also need to think about maintaining friendships and social connections over that time.

Age Discrimination Commissioner since 2016, Dr Patterson has a 45-year background in working in the area of gerontology as an academic. She served as a Cabinet Minister in the areas of Health and Social Security, retiring from the Senate in 2008.

She says the EveryAGE Counts campaign fits “hand in glove” with her role: “My remit is to shine a light on ageism wherever it occurs, in the workplace, as a factor in elder abuse and anywhere where people’s age disadvantages them against other people of similar ability.

“I knew there was elder abuse but you never stop being shocked by it”.