Author and social commentator Jane Caro is a member of the EveryAGE Counts coalition. She spoke to us about the links she sees between feminism and ageism. 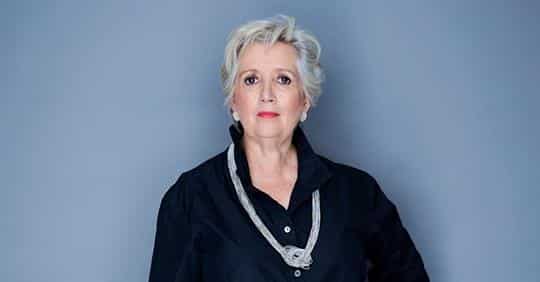 Jane Caro has a word of advice for trolls who have a limited imagination: if you think calling her old is an insult, you will have to try harder.

“Particularly on Twitter, trolls love to tell me that I’m a dried up bitter and twisted old hag  I get called old a lot by people who don't like my point of view or don't like what I have to say,” says Caro, who is 61.

“They think that to be old is to be unattractive and, apparently, women are meant to be devastated if really revolting, nasty men don’t find them attractive.”

“For those who would like to hurl insults at me on Twitter, may I just remind you that ‘old’ isn’t one.”

Caro is on the steering committee of the Every Age Counts campaign and co-ordinates the communications sub-committee.

“When the Benevolent Society approached me about working on an anti-ageism campaign, I thought it was a great idea,” she says.

Caro says she is horrified that women over the age of 55 are the fastest-growing group among the homeless. “I know that men suffer from ageism too, but I think the fact that women suffer sexism all their life and then they get the double whammy of ageism when they get older is it really one of the reasons women often face such financial insecurity when they get older.

“Some men haven't been subject to any sort of discrimination until they get older and it can really shock them.”

Caro says she has a “sharp eye” for inequality, thanks to her decades of active feminism.

“I see it very clearly and I draw a lot of parallels between what has worked for feminism and what we should probably be thinking about doing with ageism,” she says.

Her advice to campaigners? “Don't be nervous, don’t be nice, don’t placate, don't apologise. Be upfront, be straightforward, be emotional, be angry and recognise that there is strength in numbers and don't be discouraged.

“People will try to shut you down they will try to ignore you, they will tell you it is all your own fault or that there isn’t a problem. They use all those excuses. You just stay dogged, don't give in and don't expect instant results. It takes a long time, but stick to your guns.”

Caro says she would like to see an end to the stereotyping of different generations.

“It is a whole life you live and you move through it and, yes, you inevitably age but, actually, inside, you feel pretty much the same as you did when you started. One of the things that does happen is you gain confidence and you don't care what other people think about you  – which is one of the great benefits of getting older.”