When an intergenerational family birthday party becomes a zoomable feast

When an intergenerational family birthday party becomes a zoomable feast

Covid-19 is disrupting much of our daily lives, but not the desire to connect with loved ones. Technology can help, as Anne Ring writes.

My 78th birthday at the end of March was going to be something pretty special. Thanks to long range planning, extended family were able to book accommodation at the Jemby Rinjah eco cabins in Blackheath; and with it being my birthday, I got the pick of the bunch. We went up to check it out, and it was good.

But then, devastatingly, we got a wrenching email saying that Jemby Rinjah had been destroyed by the bushfires that had consumed an appalling 80 per cent of the Blue Mountains National Park. Our hearts went out to them and to everyone else doing it tough in those terrible times. And eventually, when we could think about normal things again, one of our daughters had the idea of doing a harbour cruise lunch instead. Fewer of the extended family could come to that, but it sounded pretty special nonetheless. So that was decided, and we chose the buffet lunch. 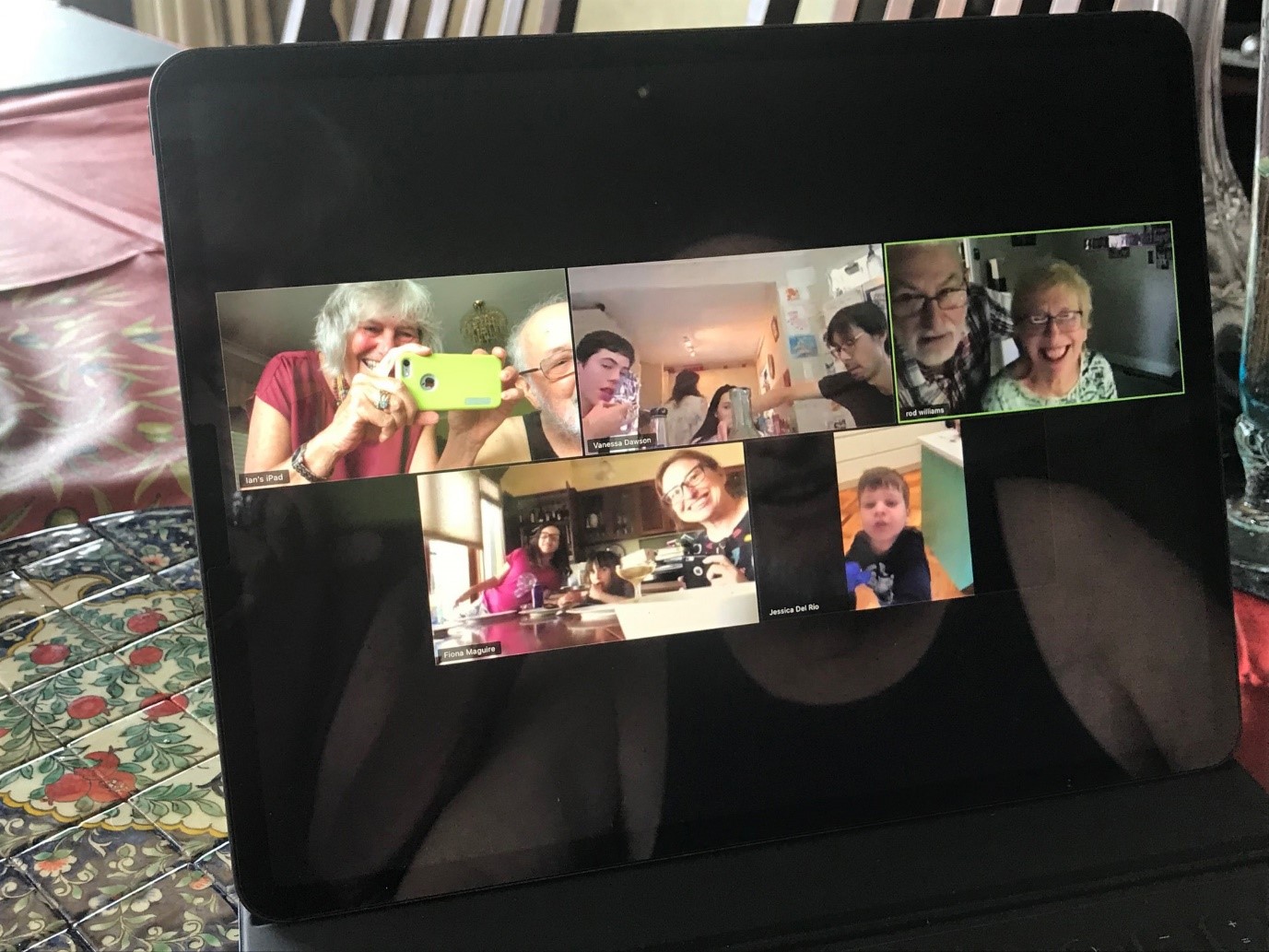 Creepingly, however, the early days of COVID 19 were coming upon us, to the extent that some time before my birthday the harbour cruise folk decided that the buffet was less safe than the sit-down meal option, and offered that to us instead, at no extra cost. But by then our forward-thinking daughters had decided that even that would be too risky, and we’d have a birthday with just the close family, at our home in Sydney.

Only days later, it became clear that older people were more vulnerable for a variety of reasons, and should be kept apart from their grandchildren. While we can now learn about new ways of connecting, from long-range grandparents who’ve been there and done that, that put paid to the family party. Unbeknownst to me, however, plans were afoot to make it a special day for me, nonetheless.

Now, with my birthday behind me, I found out that Sydney daughter was going to prepare a special meal for me, and that various other members of our family, daughters, sister, sister-in-law and families were going to cook something similar, and then all come together in a zoom party.

Unfortunately, Sydney daughter fell ill (not with COVID-19, thankfully), so the preparation baton was handed on to a totally non-cooking husband who, manfully, did not shirk from that, and was willing to be guided through the creation of a main and a desert while I luxuriated in front of the TV, watching Poirot activate his little grey cells.

In the lead-up to that, moreover, the planning for the zoom party had progressed, with Sydney daughter producing an events plan that burst into action as we sat down for my birthday lunch on Saturday 28 March.

It was amazing. First of all individually, and then – as we mastered it – collectively in a gallery of family groupings, there they all were, with great handmade cards, greetings, and their own lunches in various degrees of preparation. It was a delight to have so many of our family together and jubilant about the success of their surprise, and being able to get together in this way, with all the grandchildren being their riotously individual selves, enjoying being part of the party, and seeing each other.

So, my 78th birthday was pretty special, but in a way that we couldn’t have imagined four months ago, and which will become a norm for many with birthdays in this time of the pandemic.