In the article below EveryAGE Counts Senior Policy Advisor Sue McGrath expands on the different forms of ageism, including how we could be reinforcing ageism even when we are well meaning.

An excellent new article on benevolent sexism by Beatrice Alba at Deakin University has prompted me to reflect on benevolent and hostile (or malevolent) ageism.

EveryAGE Counts highlights these two expressions of ageism regularly.  Like Beatrice Alba, we draw on the ideas of Ambivalent Prejudice from the field of Social Psychology, which gives a valuable frame for describing and explaining the ways in which racism, sexism, ageism, ableism and other discriminations play out interpersonally between people.

The World Health Organisation (WHO) describes ageism as referring to the stereotypes (how we think), prejudice (how we feel) and discrimination (how we act) towards others or oneself based on age.

In its ‘benevolent’ form, ageism appears and is often experienced as well-meaning, kind, protective and compassionate behaviour towards older people.  But it is based on an acceptance of narrow assumptions and stereotypes about universal vulnerability, incompetence and dependence in older age.  It can often lead in families, for example, to an overprotective, controlling response towards older people, such as taking decisions about their lives away from them and limiting the range of tasks and experiences they can undertake for themselves because of perceived risk.

This same sort of constraining and controlling tendency is also often built into the processes, systems and structures that surround or touch the lives of older people.  Our aged care systems, for example, are often designed and delivered around limiting choice and agency by the older person, partly based on the view that this is best and safest for them.  And our media is awash with the ‘doddery-but-dear’ imagery as a dominant representation of older people, often being rescued from their ‘incompetence’ by others.

Whether it is small scale benevolent ageism expressed in conversation or interaction with older people or serious acts of physical restraint in health care or aged care, it can undermine the dignity, capability, confidence and quality of life of older people, removing their sense of personal agency, control, mastery and independence in their own lives. 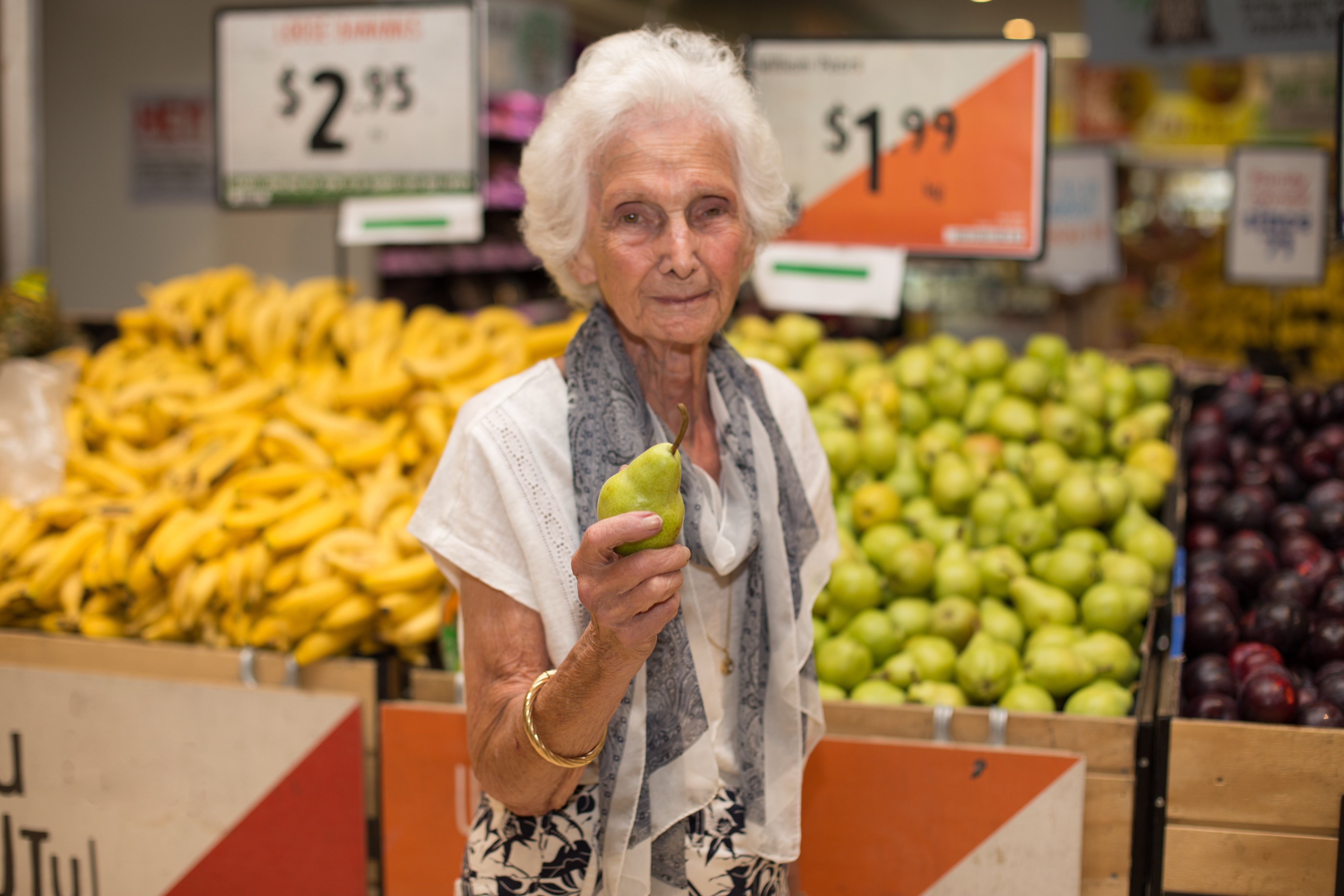 Benevolent ageism often treats older people more like dependent, small children than adults – as warm but incompetent beings.   Some older people adjust to comply with the stereotype (often also drawing on their own internalised ageism) as the trade-off for assistance, or (as Beatrice Alba says regarding benevolent sexism) to avoid nastier ageism being directed at them – a common sense approach to self-protection.  However, other older people maintain their resistance, often at the cost of missing out on needed support, viewing the requirement to diminish themselves as too high a price to pay.

Ageism’s ‘hostile’ form incorporates negativity and fear towards and assigns diminished value and stigma to older life.  It can and does lead to neglect and abuse. (See the EveryAGE Counts first submission to the Royal Commission into Aged Care Quality and Safety for more discussion of how this and benevolent ageism work in the particular setting of aged care.)

Importantly, both expressions of prejudice perpetuate and embed ageism and its negative impacts.  In fact, during the COVID-19 pandemic, commentators, advocates and academics around the world have been highlighting exactly that.  They have demonstrated the hidden cost to older people of benevolent ageism, alongside the more visible impact of vicious (hostile seems too subtle a term) forms of ageism that have also arisen during the crisis.

At its most distressing, ageism has been expressed during the pandemic in various locations through age-based denial of medical care; abandonment or harsh isolation and neglect in homes and care facilities; and vitriolic social media blaming older people for the economic and social impact of the virus and offering them up for sacrifice as expendable (remember #boomerremover?).  This hostile ageism was more prevalent and visible on a global scale than ever seen before and shocked and horrified countless people of all ages.

Equally, however, benevolent ageism has been on the rise too.  I will use just one example here, but I encourage those who are interested to take a look at the excellent body of research and commentary that has emerged on all forms of ageism during the pandemic.

Like many age advocates, I have been torn between relief at seeing the intergenerational empathy and support expressed during the pandemic and alarm at the assumptions being made about all older people that has accompanied the assistance offered.

In a fascinating analysis of this dilemma, Deanna Vervaecke and Brad A. Meisner from Canada’s York University took a close look at the Caremongering Movement (named as the antithesis to scaremongering) that emerged first in Canada but soon swept the world, in which many younger people in particular offered support to those (mostly older people) isolated in lockdown.

The Caremongering Movement arose on the foundation of and mostly reflected public policy and political responses that simplistically viewed and treated all older adults as uniformly vulnerable to the virus and in need of protection.  While it appears to have played an important role in the lives of many people during lockdowns, Vervaecke and Meisner and others argue that the Caremongering Movement rested partly on benevolent ageism and has further reinforced the view that older age always equals vulnerability and dependence.

Recognising the importance and value of supporting each other though, and our humanitarian drives to do so, Vervaecke and Meisner also include a way to break the dependence-support script that has largely underpinned the Caremongering Movement.  They reframe the script away from a focus on the stereotype of ‘older-person-equals-frail requiring my help’ and the assumption the older person will accept that help, towards one that recognises the complexity and diversity of ageing and the agency of the older person.  They phrase it simply, in this way: “You are a person. I can be here to offer help if you want it, but I don’t expect you to need or accept help and support.”  This reframed script is a way to undercut benevolent ageism, while continuing to forge solidarity.  We need much more of this.

Beatrice Alba argues that “Achieving gender equality might mean sacrificing some of [the] perceived perks [of benevolent sexism].”.  The same can be said of benevolent ageism.  There is no doubt that challenging it is a difficult ask – who wants to rebuff and critique something that seems like kindness offered to us?  But benevolent ageism and its impacts are sinister and diminish the lives of older people.  It is time we find and use more skilful and effective ways to end it.

Most of us are at least a little bit ageist at least some of the time.To test your assumptions about age and older people, take the EveryAGE Counts "Am I Ageist?" quiz!